How Your Failures Will Lead You To Greatness 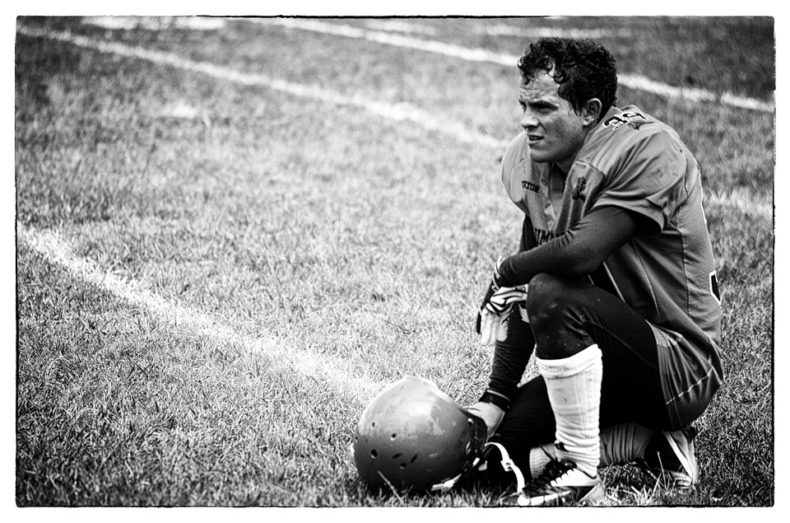 How Your Failures Will Lead You To Greatness

“The master has failed more times than the beginner has even tried.”

Think about how many times you’ve shot a basketball at a hoop. Account for your entire lifetime – pick-up games, school teams, even practicing in your driveway. Every shot. Make a ballpark guess. Got it?

Even if your resume includes an NBA playing career, your highest estimate probably amounts to fewer shots than Michael Jordan has missed. That’s what shaped him into inarguably the most successful player to ever step onto a basketball court: he recognized early that each brick he tossed up landed in the foundation of eventual success. When he missed a shot, his growth-mindset model of thinking processed the outcome by relating it to his strengths, weaknesses, opportunities and threats – the SWOT approach to analysis.

From the time he failed to make his high school varsity team’s cut as a sophomore until the last time he checked into an NBA game and onward into his front-office career, Jordan has remained perpetually aware of how every outcome speaks to the value of his strengths, the disadvantages that come with his weaknesses, the nature of the growth opportunities on his horizon, and how to circumvent and mitigate looming threats to his future success.

He and Thomas Edison would have likely forged an intriguing friendship. When a reporter asked the world-shaping inventor how failing a purported thousand times to develop a successful prototype lightbulb felt, Edison wasted no time correcting the assumption he had failed at all.

“The lightbulb was an invention with a thousand steps,” the Wizard of Menlo Park said.

Contrary to what you may have heard innumerable times from wizened elders, profound mentors and many of the world’s most famously dogged leaders, failure is always an option. Any of us could choose to gloss over our stumbles and creatively edit our mistakes from any narrative we choose going forward. Then again, we could also acknowledge every unintended outcome as a moment to vindicate our strengths, catalogue our weaknesses, asses our opportunities still at stake, and audit what might yet threaten our threshold for growth to come.

Failure never has to be an inevitable Sword of Damocles hanging over anyone’s neck. If you have the fortitude, it could be your indispensable whetstone.

Fueling The Fire That Sparks Your Win

From looking at Arnold Schwarzenegger in the prime of his bodybuilding career, you would have never guessed any other man on Earth could be considered a grander physical specimen. Quite the contrary, in fact. His legendary physique was a product of just such a claim.

Once upon a time, “The Austrian Oak” was a young juggernaut of the European competitive bodybuilding scene, winning one prestigious title after another with unthinkable margins of victory. Seemingly unstoppable, he entered the international field for the legendarily coveted Mr. Olympia competition in 1969 – and lost to three-time winner Sergio Oliva. Schwarzenegger ran a gamut from being crestfallen with disbelief to incensed and determined. Being crowned the youngest-ever Mr. Olympia at 23 years of age the very next year began a dominant streak at the worldwide fitness showcase that would extend to winning one final title there in 1975 and later coming out of retirement to win the 1980 crown as a surprise entrant with only seven weeks of preparation.

Between his first major loss as a professional bodybuilder and his 1970 coming-out party, he scrutinized photos. He conferred with judges. He conceded how the sport had evolved from the race for unthinkably massive size that he had ruled up to that point into a more well-rounded art of shaping mountains of muscle into finely sculpted, statuesque physiques. What he learned re-shaped his training catapulted his body forward. Now, ask yourself: through what other route but his mindset toward that single pivotal defeat could he have honed the lessons in humility and carved the bodybuilding legacy he would parlay together into astronomical success as an actor, investor, bestselling author, and eventual governor of California?

You might be blessed with the requisite talent. You may possess the well-processed knowledge. You might even be uncommonly energized by phenomenal confidence. Until you have fallen, you have not begun to mold the character that converts failure into a spark ignites your betterment.

Few things instill paralyzing fear of failure quite like witnessing success firsthand. In any field of endeavor, we see those who have attained great heights of skill and achievement but rarely glimpse for ourselves the respective training, practice, effort and shortfalls that paved their way.

Exceptional feats await beyond your comfort zone, not in its heart. When you begin, they will probably elude your very reach, let alone your grasp. Jordan was not born an uber-athletic sharpshooter with athleticism equaled only by a relentless competitive drive. Thankfully for his mother, Schwarzenegger did not emerge from the womb as a 6-feet-2-inch monolith of polished muscle and raw strength. As much as he doubtless would have preferred it, Edison did not perfect the lightbulb in a matter of hours one morning and take the rest of the day off.

Each embraced exhaustion. They all recognized that where their individual journeys began did not dictate where, as a matter of course, they each had to end. Adversity introduces us to ourselves. It can bring unrealistic standards into sharper focus and show us the little victories that will mount and compound as we “fail better” with every loss to come. As those “lesser” wins accumulate, they become our ladder toward the summit we started out staring fearfully toward from the mountain’s feet. Failure shows us how perfect we are not, but it also highlights how we can eventually hold our own until we tally victories more often than we rise from our falls.

“Success is not final. Failure is not fatal. It is the courage to continue that counts.”
-Winston Churchill

Victory can profoundly motivate anyone, but it does not always bear the seeds of growth. Winning might enthuse you and reinforce your strengths, but a calm sea makes a poor crucible for forging new skills. Whatever your pursuit, some lessons will only emerge in the dead of night.

Heavyweight boxing great Mike Tyson did not always receive the credit he deserved for his competitive wisdom. He once famously and bluntly said, “Everyone has a plan until they get punched in the mouth.” It rings as true in any corporate endeavor as it does in the boxing ring. You cannot learn to fight through being dazed by a punch until you have to take one. Nothing else teaches that. We are all meant to fight, get knocked down and rise again en route to the things we want. Fall down seven times. Rise eight.

Try. Fail. Learn. Try again. Fail better. Repeat until you plan for and expect success but no longer fear losing.

Competition defines commitment, not by the standards of those astronomically uncommon few who never lose but based on the qualities displayed by those who can taste defeat and try again after redoubling their efforts until the next opportunity arises. Nature can make you naturally “good” at something. Resolutely viewing failure as a necessary stage of success conjures greatness.