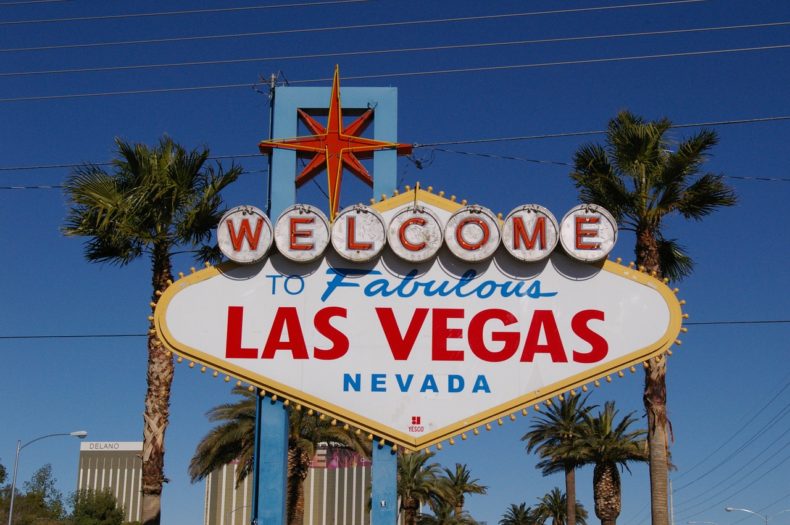 Every Budding Entrepreneur Should Do | Exchanging ideas with fellow entrepreneurs against the backdrop of a Las Vegas trade show or seminar talk can demonstrate beyond a shadow of a doubt how inventive the human mind can be when it sorts out information away from deliberate thought.

Debate and deliberation happen in board rooms. Innovation sparks as far from them as possible. There’s a reason so many innovative industry-leading companies spirit their leading decision-makers and creative minds away to retreats often as distantly removed from a corporate atmosphere as possible: the theory behind consistently cultivating transformative ideas dictates that few forces can be quite so counterproductive to problem-solving as an overextended consummate focus. On the other hand, luring the conscious mind’s focus away from directly drilling into a question frees unconscious processors to parse incalculable absorbed and analyzed reserves of education and experiences from memory. In the “background” of thought, everything we know is being constantly filtered through everything we see.

Entrepreneur Should Do After Arriving In Las Vegas

The trick is, this miracle of cognition executes most efficiently when we are paying the least attention to what we really want to solve. That’s why every “Eureka!” epiphany ever to wash over you in the shower, on the toilet or moments before you expect to fall asleep seems so consistently ill-timed.

Like virtually no other locale in America or perhaps the world, Las Vegas dresses a history of exceptionally daring and successful entrepreneurship in an electric irresistible atmosphere of stylish fun and frivolity. Wandering into just such a colorful and carefree vibe can distract anyone long enough for suddenly unburdened Random Access Memory upstairs to calculate one original idea after another until they descend in a thunderstorm of cognition. Bring together dozens of similarly unshackled minds who have just let their motors idle and you have a swirling maelstrom of shared notions, pooled experience, and productive networking.

If you can manage not to be blinded by the vibrant spectacle and indulgent amenities, Las Vegas opens up doors to collaboration and invention like few other workshops on Earth.

An Ocean Of Amenities & Tradeshows

Let’s go ahead and acknowledge the foremost reason anyone jumps at an opportunity to jet away to Vegas: “work” may never be quite so much fun.

After all, that has always been the bedrock of Sin City’s enterprising success: what started as a haven where workers from across the country who had arrived to build what is known today as Hoover Dam (it was officially named Boulder Dam upon its completion in 1935) could blow off steam capitalized during the intervening decades on the end of Prohibition, the arrival of Nellis Air Force Base’s throngs of American servicemen during World War II, the extension of U.S. Route 95 through the city’s heart, and America’s post-war appetites for indulgent, glitzy free-wheeling fun. An alliance of local businessmen and ambitious gangsters had a vision of an adult playground glimmering in the desert with nothing to rival its unique attractions for hundreds of miles in any direction.

Today, it’s that very opulence that makes it such a magnet for corporate events and workshops. If the opportunity to connect and swap ideas with fellow entrepreneurs isn’t incentive enough in itself to travel, imagine networking in the glow of world-renowned nightlife booming against a rugged, scenic backdrop. The desert’s tranquility meets lively Vegas bombast that exceeds by magnitudes anything Bugsy Siegel and Meyer Lansky could have imagined when they opened The Flamingo hotel and casino in the wake of World War II. Every day there is a new tradeshow or seminar happening specifically geared towards making business happen for people like you.

Every Budding Entrepreneur Should Do

Even if you do not have a specific agenda, if by chance you find yourself walking down the strip, look up and check out what corporate events are happening nearby. You never know what may strike you as the next big thing to for your business goals. Stop and talk to some of the business people around you. They probably are just like you, a bit bored or exhausted and looking for a good conversation. That conversation could very well spark a new relationship that you never knew possible. It’s all about taking a chance and following your gut.

When you visit and look out upon The Venetian, MGM Grand and Bellagio hotels and casinos or take in the internationally celebrated restaurants and luxurious shopping with natural grandeur like Red Rock Canyon within driving distance, remember that began as a boldly grasped opportunity to shape prosperity in Nevada’s sands.

If one legitimate Las Vegas entrepreneur con be seen as an avatar of Siegel’s hopes for the city’s potential. It would arguably be Zappos CEO Tony Hsieh. While you probably won’t be able to meet him directly, his influence can be seen and felt in the surrounding area. The 60 acres of land he purchased several years ago minutes away from the notorious excesses of the famous Vegas Strip has yielded a school, medical clinic, venture fund and a number of other businesses all nourished but hundreds of millions of dollars the online footwear retail magnate has pumped into its development.

His Downtown Project has helped countless entrepreneurs put rubber to road getting more than 300 projects at a time rolling, from brand-new restaurants to social science research and tech startups. In turn, partnering small-business founders draw attractive salaries, Hsieh earns half the profits after they pay back their outstanding loans.

Las Vegas has yet to reach the heights of New York City or San Francisco among hotbeds for driven startups, but it may prove a matter of time more than resources before that changes. Hsieh is far from the only investor enthuse investing in city’s future.

Thousands of local businesses rake sizable profits year-round on the back of perpetual enthusiastic tourism. The house always wins and the fruitful businessmen and women who own the house love nothing more than spending and investing their winnings where they can continue earning them even richer profits.

Like many of the world’s most sought-after investors, the money-makers who turn the driving wheels of Vegas have a collective penchant for thinking several moves ahead. If you have an intriguing idea you can present as a boon to you and a well-heeled penholder, the odds of gaining traction for your venture may shift quickly into your favor. As we said earlier, it’s often easy to quickly overlook all that is around you when passing by the plethora of tradeshows and conferences. Have an open mind and see what inspires you.

If you haven’t chosen a home base for your business yet or perhaps have designs on expanding, perhaps set aside some time to do a little scouting while in town.

Las Vegas really is a bit of a curiosity among major cities. The Vegas Strip sucks innumerable tourists into a vortex in the bullseye of the metro area. Meanwhile, more than a million residents happily live out their lives sticking to the Vegas outskirts. The result is a massive city with a residential rim offering the tightly knit vibe of a small town with a startup community where everyone knows everyone.

By the way, for such a huge city, Las Vegas also maintains a cost of living perfect for entrepreneurs confined to marginal incomes. A 2016 study cited the average cost of a one-bedroom apartment around $875, compared to respective going rates of $3,600 and $2,200 in San Francisco and New York. Just as importantly, Nevada is one of only seven states with no income tax, in no small part a decision geared toward fostering more profitable businesses and making the state more attractive to relocating workers.

The next time you happen upon an opportunity to talk shop on the Strip with your colleagues, give it some thought. Las Vegas is a city with the spirits of risk, reward and daring dreams still running as strongly as ever beneath its streets today with the Ultimate Fighting Championship as hot a ticket in combat sports as it has ever been, one legendary entertainer after another establishing warmly received residencies in its most posh resorts and even the possible arrival of a National Football League team. You just have to ask yourself one question: do you feel lucky?