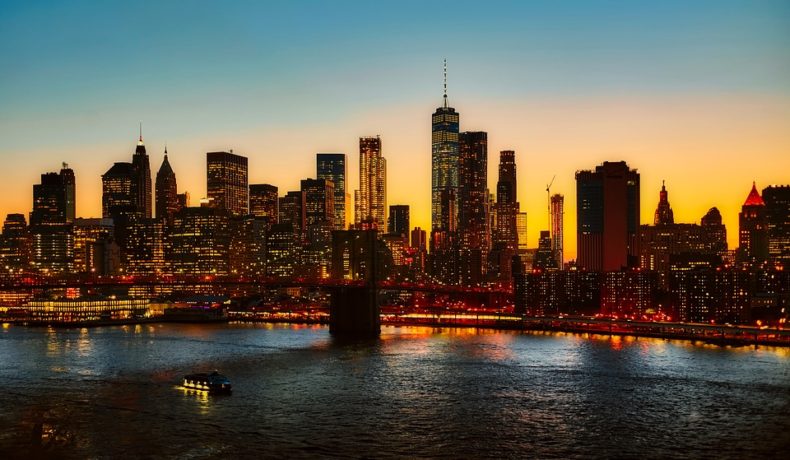 If you follow this space closely, you might recognize this as a ‘sequel’ to a recent musing about the horizons for viral marketing among the biggest businesses to call the Los Angeles area home. A few examples praised certain successful campaigns or approaches that their associated companies followed up with…well, let’s be generous and call them ‘less-spectacular’ results. That might have caused some confusion as to whether we know certain anatomical areas from holes in the ground.

Permit us to clarify. This ongoing series will shine a light on viral and guerrilla marketing tactics alone. Sometimes, brands adopt these clever personas and make good on a revived image and reinvigorated rapport with customers. In other instances, a certain airline institutes one of the policies it previously mocked or a falling out with a developer prompts a video game publisher to cancel the hotly anticipated title it just announced to history-making fanfare.

Ah, New York – the City that Never Sleeps. If you don’t know exactly why it’s the greatest city in the world, just ask one of its 8.5 million or so citizens. They won’t mince a single word telling you.

Who Need Motivational Speaking To Get Them Through Tough Times

Funny thing, however: once you have plied any craft there, you realize the extent to which that boast exceeds hollow braggadocio. Following ratification of the U.S. Constitution, the future metropolis served as America’s first national capital. George Washington took the Oath of Office as the infant nation’s first president in 1789 on the steps of City Hall. Today, unbreakable threads of world-shifting financial, commercial, artistic, political and media influence remain indelibly woven through every iota of The Big Apple’s rich fabric. Most importantly, the relentless currents of ambition and will to keep in step with an unparalleled breakneck day-to-day rhythm have defined New York City as a crucible, a whetstone that grinds away unrefined edges and challenges the emergent sharpened blades to be forged and tempered beneath its relentless onslaught of pressure and time.

If you can turn heads your way on a swivel and etch your name on the lips of New York City’s greater public conscience, you are a giant stride closer to having the world marching to the beat of whatever drum you choose.

For various reasons all their own, these five industries have arrived at crossroads that will eventually force them to choose distinct paths in order to evolve and continue thriving under the weight of unprecedented shifting tastes and principles American millennials have brought to bear. Each counts a Fortune 500 corporation headquartered in New York City among its international standard-bearers. They will all be confronted with the inevitable realization that the adults they will depend on to hold them afloat for generations to come are both weary and wary of classically manipulative advertising and parched for sincere investment in a two-way conversation centered on their needs. Most importantly, every last one would do well to take revolutionary notions of viral and guerrilla marketing to heart if they indeed wish to uphold their respective market relevance as aging baby-boomers slowly cede their long-dominant consumer influence.

For years, nationally influential financial service firms such as Morgan Stanley have extolled the importance and virtues of sound fiscal planning attired in the same motif. A dignified voiceover touting a century or more of prudently guided investment, historically stormy economies weathered. And most importantly, impeccable trustworthiness through thick and thin. Occasionally, one brokerage or another might dust off a grandfatherly executive to join the chorus in front of the camera and tenderly ensure all and sundry that their painstakingly scrimped savings could be in no safer hands. Occasionally, Metlife would trot out Snoopy and the Peanuts gang to let some wholesome faces push their insurance policies, but the status quo mostly was what it was.

Of course, that was the status quo before millennials inherited a post-recession economy left reeling by the debilitating housing crash, collapsed job market and realizations of disastrously misplaced investor confidence that headlined 2008’s sweeping economic crises. Let’s face it, Wall Street institutions such as Goldman Sachs have absolutely no business asking younger adults entering prime earning years to let their brokers guide investment in an economy they themselves kicked down the stairs in the first place. To the generation these firms should now be courting, ‘Trust us, we’ve been doing this for over a hundred years and you haven’t’ is precisely the rationale that helped us into this mess.

Need Motivational Speaking To Get Them Through Tough Times?

Talking ‘at’ consumers from behind a three-piece suit that costs more than some young investors’ cars won’t cut it. Contrast that tack with TD Bank’s commitment to playfully engaging their customers. A crusade that actually dates clear back to the most recent recession’s first troubling waves. A 2014 stunt recapped in a hilarious video with 20 million views to date and counting doled out touchingly personalized thank-you gifts to customers from a modified ATM.

About a year later, TD Bank chose 24 customers hailing from 24 cities over the course of 24 days and offered each individually approximately $30,000 and 24 hours to tackle projects destined to better their communities, an initiative dubbed #MakeTodayMatter. Most importantly, they did it by informally polling customers across North America on Facebook and narrowing down a short of their most inspired ideas to serve the people around them before enlisting branch employees to gain more personal insight into each candidate.

Investors are not sentient wallets that walk, talk and have the audacity to hold you responsible when you vaporize their life-savings. On the contrary, this is a generation that already feels justifiably jilted by the fractured economy bequeathed to it. If storied Wall Street’s most storied financial institutions want to earn back our trust, they are long overdue to take a vested interest in the flesh-and-blood people who strive for their money to work for them as a tool toward deeply personal ends.

Cosmetics: How Dove Raised The Bar By Redefining “Beauty”

As a quintessential fashion mecca and cradle of trendsetting couture, New York City is an ideal epicenter for a sea-change from exhaustively contrived beauty standards entrenched since the Halcyon advertising era encapsulated in AMC’s ‘Mad Men.’

No woman will ever encounter a more devastating critic of her appearance than herself. Let’s not pretend for a second that prestigious cosmetic labels haven’t noticed, either. Brands such as Manhattan-based Estée Lauder have raked billions from women around the world by ensuring their marketing slants concur wholeheartedly that their inadequate natural beauty will never measure up to a lady who spends a month’s electric bill to artificially stop the aging process in its tracks.

Fortunately, the architects of Dove’s ‘Real Beauty Sketches’ campaign had no interest in besting marquee brands at their own confidence-decimating games and opted to serve every woman with a richly deserved and long-awaited reality check no one else seemed poised to offer: ‘You are all born beautiful.’

The acclaimed premise observes FBI-trained forensic artist Gil Zamora as he sketches a series of women hidden from sight behind a curtain based solely on their own verbal descriptions of themselves. He then rendered the same women based on accounts from strangers. The results were genuinely moving, as one woman after another was taken aback by how starkly the superior authenticity and flattery of the portraits based on unknown observers’ impressions contrasted with their own self-deprecating illustrations.

The video was shared nearly 3.8 million times in its first month after being uploaded to Dove’s YouTube channel and drew 15,000 brand-new subscribers in its first two months online. The viral phenomenon inspired a slate of broadcast and print media features, as well as fervent online conversation and dozens of satirical videos. Dove and agency partner Ogilvy & Mather Brasil also graciously accepted the Cannes Lions International Festival of Creativity’s coveted Titanium Grand Prix honor in June 2013, but at the end of the day, those are mere vanity metrics.

Just for a moment, imagine a cosmetic line driven not to prey on the fragility of a woman’s personal image, but to accentuate and amplify the uniquely vivacious and intimate natural beauty she was born to share with the world. That’s the depth of compassion, self-love and understanding Dove embraced in revolutionary style, and we are all the better for it.

Nearly 90 years after widespread abuse of consumer credit contributed to The Great Depression’s nationwide wave of financial collapse, millennials may be the generation that one day buries the buy-now-pay-later game as an antiquated mechanism for self-enslavement.

According to a New York Times examination of Federal Reserve data, not since 1989 has a smaller percentage of adults under the age of 35 claimed absolutely no credit card debt. While it is entirely possible that this demographic has simply displayed commendable restraint by never carrying over a monthly balance. There’s always the chance that cardholders simply aren’t whipping out the plastic like their forebears. After all, when one can now build up an admirable FICO score simply by having an open account despite never carrying over debt from one month to the next. Why subjugate oneself to the old game of accepting even small smears of debt just to gain a positive credit rating?

Less use of credit means fewer payments. In turn, that means less accrued interest on each account and reduced future revenue for issuers such as American Express. At the same time, the 2009 CARD Act has forbidden banks from marketing products on college campuses for nearly a decade. And the share of consumers between 18 and 20 years of age with at least one credit card has fallen notably. As millennials continue to increasingly embrace the notion that responsible adults should not spend money they don’t have. Credit providers are going to need to rethink the way they appeal to a generation sobered by witnessing jarring financial collapse firsthand.

To be perfectly honest, nobody has quite topped the ingenious 2014 documentary ‘Spent: Looking for Change’ by New York-based American Express. More than just a marketing assault, it really is a must-see for every proud citizen who calls the United States home. Surprisingly, it barely bothers promoting American Express at all. Instead, it steers toward candidly examining more affordable banking. And everyday living by spotlighting four people at the end of their financial means.

“One in four US households . . . are not well served by the traditional banking system and rely instead on services like check cashers, payday lenders and pawn shops to meet basic financial needs.” An official AmEx press release explained upon its release. “The costs for these services can add up, with the average underserved household spending 10 percent of their income on fees. The same as the typical American family spends on groceries.”

Where else but in the thick of one of the most expensive cities in the world to call home could such a surprisingly empathetic work resonate more meaningfully?

In the end, New York City is as great as the sum of its people. These companies and industries are no different: an age of advertisers dictating the conversation has long since passed into memory. People want to be heard and to see incontrovertible proof that what they have to say bears down on the business world with meaningful weight. Thanks to the internet, consumers no longer have to be told what they need. Or what will make them happier, richer, healthier and sexier.

We have each other for that, thanks. We share that among ourselves, and any company is welcome to join the conversation and hear us out. However, the terms are ours to dictate.