How to Be A Confident Leader In Tense Situations 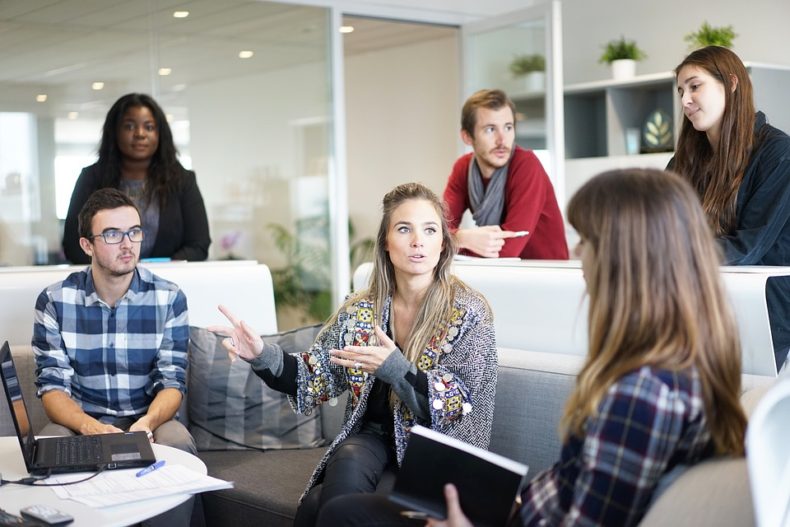 How to Be A Confident Leader In Tense Situations

Albert Einstein once observed, “Adversity introduces a man to himself”. How to Be A Confident Leader | Another oft-quoted worldly philosopher, Chuck Palahniuk’s nihilistic ‘Fight Club’ prophet Tyler Durden, mused two generations later, “How much can you know about yourself if you’ve never been in a fight?”

A manager stands tall amidst the rear tanks, majestically points the way and digs his feels firmly into the dirt as he commands his company forward. A leader fixes his gaze, bellows “Charge!” and advances shoulder-to-shoulder and stride-for-stride at the head of his brothers and sisters. There is a time to manage through shrewd delegation and there are moments that cry out for leadership manifested in action.

How to Be A Confident Leader?

No entrepreneur who has never weathered the tension of an uncertain future can truly be called a proven leader. Have you ever addressed a startup team under your guidance in the face of a critical pivot-or-persevere crossroads in your company’s growth and had to admit you shared their apprehension? Have you looked into the eyes of your compatriots and searched for the genuine, heartfelt sentiments that would gravitate them to your side and compel them to fight onward for your shared vision?

If so, congratulations. You have met and commanded a profound facet of yourself the likes of which is not seen in every individual. If not, take heart. As consistently as you may have heard that history’s greatest leaders were born for their roles, such mettle in truth owes as much of its constitution to nurture as nature. Almost anyone can be groomed to march a team step-by-step into victory. Or to borrow a favorite ‘Star Trek’ quotation from Dr. Leonard ‘Bones’ McCoy to Capt. James T. Kirk, “Turn death into a fighting chance to live”.

Get Acquainted With Your Flaws

Brace yourself, because this degree of honesty may sting on contact: you are not and never will be perfect. You will make poor choices. Fortunately, you do not always have to ultimately be ‘right’.

No calling in any leadership venture draws by necessity from greater reserves of fortitude and humility than conceding a mistake. The only place for true courage is in the face of uncertainty, and there will be no more important time to be open to the possibility you might be wrong. The bravery to forsake your ego will prove essential if you are to rectify your errors, embrace valuable new ideas, evolve your thinking and maintain your integrity in the eyes of those you lead. How to Be A Confident Leader

View Your Insecurities As Moments To Grow Upon

The insecurities you battle in the face of an unwritten future and past failures do not have to become fatal failings. If you can grow through them, the lessons they have to offer can and will reshape your habits into better practices.

Consider how feudal Japanese samurai prepared themselves for battle. Each warrior “accepted” defeat before taking the battlefield, viewing it as a certainty. Consequently, they took up arms together rooted in the absolution that they had nothing left to fear losing if death that day was an inevitability. They then fought with a ferocity that terrified their enemies. After all, if they were to breathe their last, what should they fear losing?

Defeat insecurity and doubt by accepting them before each challenge. Once you have lived through the worst-case outcome in your mind, you will familiarized yourself with it and even probably accepted how you will confront it. From there, you can reallocate all of that energy wasted being afraid into an obsessive focus on what you will do to succeed.

One who takes no chances still assumes a certain risk: that of limiting one’s rewards.
The goal of intelligent, confident leadership is not to entirely steer clear of uncertainty. Rather, it should entail assuming risks only after diligent analysis and assessment. You could start honing this invaluable skill today be deliberately facing your fears one small step at a time, beginning with any personal fear that has plagued you too long. Learn to perceive your trepidation as a bold challenge to strengthen your resolve. Assume control of your fear, tame it, and you will train yourself to resist the allure of your comfort zone’s inherent complacency.

Great leaders are not blind to fear. Quite the contrary. Few know it more intimately. They have simply learned to outsmart it.

When you gradually accrue more potent, steadfast self-confidence in the face of risk. You will encounter a full measure of courageous qualities. You will realize, time and again, that courage is only seen when uncertainty clouds the way. It will also become apparent from one moment to the next that you have been gambling to some degree or another your whole life.

As an infant, to stand is to chance falling; however, how else will we ever walk? To accelerate from walking to running is to allow for the possibility we might stumble and injure ourselves crashing into something at a higher speed than if we had kept to a leisurely stroll. But what if a scenario requires greater haste, such as fleeing a burning building? We enjoy much broader security as employees than entrepreneurs or investors, but what exhilarating propositions of personal and financial independence do we forsake by playing it safe without an occasional calculated wager?

Your practiced calculations of possibility and probability will never be infallible. Believe it or not, every day of your life has been one accepted risk after another. True success if the mastery of taking the right risks for the right reasons.

Above all else, no leader in any endeavor can ever shake this one simple truth. If you exhibit no respect for yourself through your words. And actions, how will anyone you lead turn to you with any faith when circumstances are the least set in stone? Guiding the fortunes of others begins with mastering yourself as an individual through efficient and effective self-examination.

The first step toward that degree of personal awareness never really ends. Sharply define what you believe in and never compromise your clarity and faith in those values. Whether you realize it or not, you cannot act in direct, decisive opposition to the way you feel. The converse is equally true. And one side of the equation will always reveal the balance in the equilibrium in the other. Value your time, your principles and your talents in everything you do, and embrace them with relentless aplomb like your life depends on them. Be accountable to them.

There can be no more inspiring certainty on the precipice of the unknown.