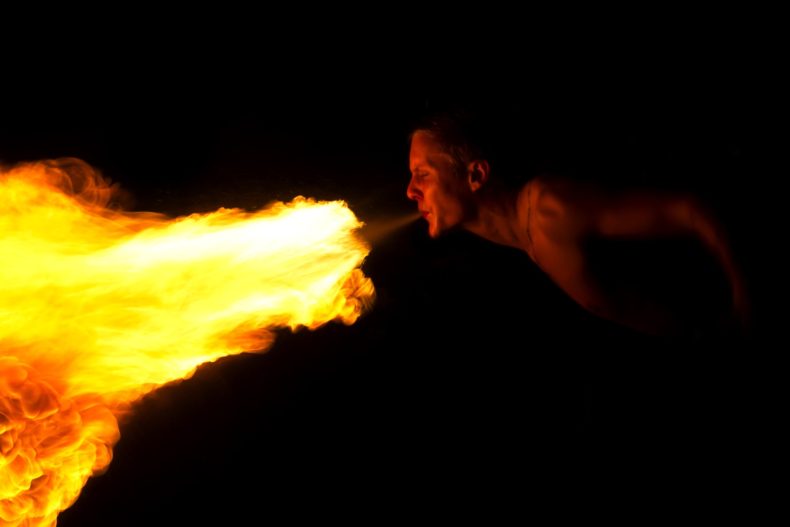 Shed 15th May 2017 No Comment in Great Ideas, Unlocking Creativity

Radical Creativity | If you haven’t tapped personally into the bold individualism and uncompromising creativity that runs through Black Rock, Nevada’s spectacular annual Burning Man festival at least once in your lifetime, assume that some competitor somewhere in your field has. If you haven’t looked at the forward-thinking societal outlooks shared among the 60,000-strong community of devoted ‘Burners’ every year and seen charismatic, pivotal sparks of ingenuity just looking for a market to disrupt, assume that any given rival around you will give at least one of them an opportunity to change not just an entire brand but an entire world on a brand-new progressive career track.

Never sell short what unusual, unencumbered minds assembled in large numbers can achieve. Leading entrepreneurs with the inside track on their industries wouldn’t dare dismiss Burning Man’s devout following as a pack of volatile iconoclasts with nothing to offer a corporate ecosystem. Quite the contrary: there’s no more likely place to befriend the next Elon Musk or Sergey Brin than in the heart of this hedonistic desert bacchanal. 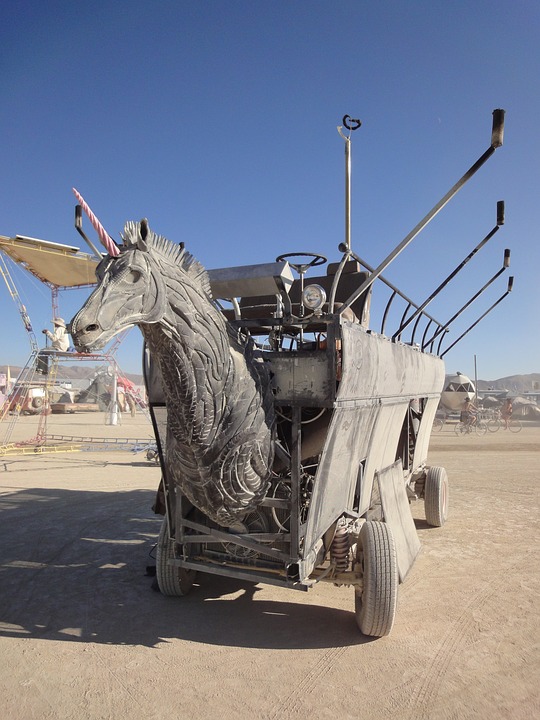 The Weirdos Are Welcome

Clothing is optional. Inclusion is non-negotiable. Between the veteran burners of a generation gone by to habitual migrant festival-goers, travelers from every corner of the globe and, yes, aspiring businessmen and women, Burning Man holds its devotees to no prerequisite but a desire to change the world. Artistic elitism is anathema to the liberated creative principles founder Larry Harvey aspired to cultivate and the result has been a surreal world without boundaries that comes alive but once a year inside what is ordinarily Nevada’s most cheerless swaths of dirt.

If you launched your business strictly to mimic others’ achievements, then, by all means, eschew radically roughing it to see what breakthroughs await beyond the outer limits of your comfort zone. On the other hand, Burning Man will immerse you in communing with a parade of astonishing works of art reigned over by the titular five-story-tall human effigy revelers torch beneath the stars of each yearly festival’s climactic Saturday night. You don’t just attend Burning Man. The spectacle threads itself into you and leaves no choice but to become one with the sea of eccentrics and creative vagabonds around you.

Likewise, no entrepreneur is an island. To the contrary, you are a living organ in an underdog legion apart. You are the tiny acorn that has not yet been promised a future as a mighty oak. Just like the Burner community, you and your fellow independent businesspeople ascend to your greatest heights when you motivate one another to perpetuate a glorious Mobius strip in which originality catalyzes cycles of deeper innovation in its wake. Let Burning Man awaken that, and the flame may never die. 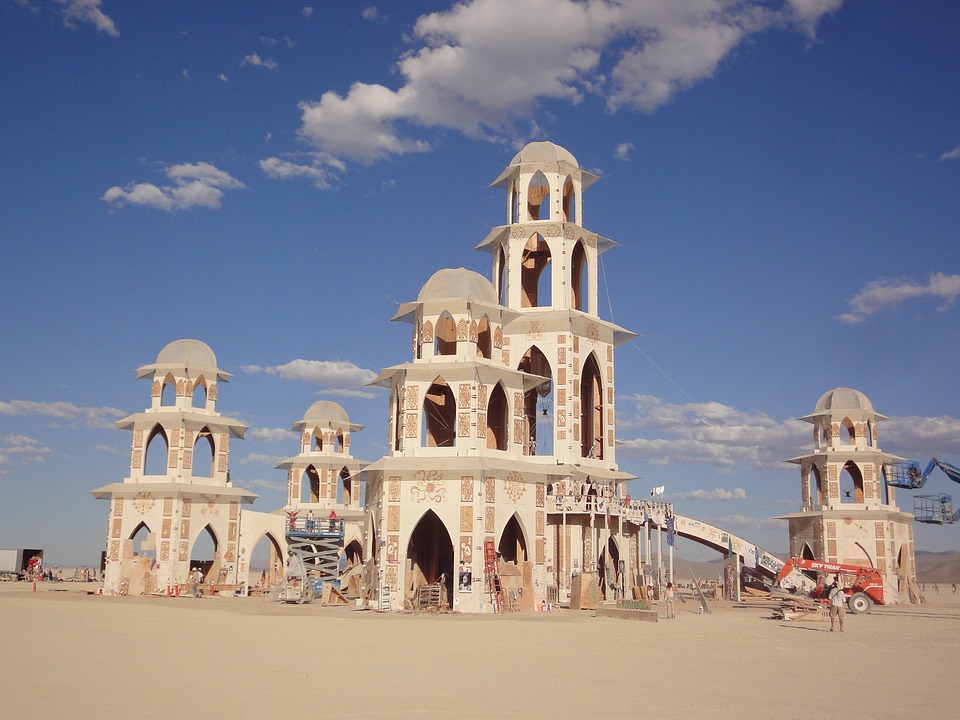 Adapting To The Unexpected Boosts Productivity

By their very nature, startups will never share an established business model’s luxury of a time-tested set of quality assembly instructions. Instead, they forge into unheard-of domains to carve new paths inspired by a dearth of supply to meet an ignored demand. Founders improvise. Sometimes, they succeed and build skyward. Others, they fail and learn. Veteran pilgrims to Burning Man have perfected self-sufficient survival on their own merits. There’s a strain of independence nobody who has never lugged their personal water and food into the desert of had their sustenance depend on the goodwill of their neighbors will ever quite completely understand.

Fortunately, such also happens to be the common thread of every great entrepreneur: a knack for leveraging the scantest of resources into something spectacularly unusual and ingenious. This enables you to think outside the box, pushing your abilities beyond it’s normal, everyday corporate-minded confined limits. Seeing the sights that cannot be unseen will rattle your brain making the impossible seem possible for your lifetime of endeavours; inspiring you to do better…be better, faster than ever before.

The ‘real world’ as you know it might as well cut off sharply at the Black Rock city limits. At Burning Man, the concept of money devolves into a shallow-minded interloper on an organically energized communion of mutually respected kindness and invention nurtured solely for the sake of a shared love affair with the very richest human experiences. Day and night bleed harmoniously into one another. There are no taboos surrounding nudity and the deranged mutant transportation and ethereal music might as well be imported from a whole other planet. You enter with your wits and what supplies you can carry.

If ever there were an extreme introduction to entrepreneurial inevitability of thriving under circumstances beyond any established rulebook, welcome to the quintessential crash-course in learning the ways of an entirely new landscape as you walk through it. 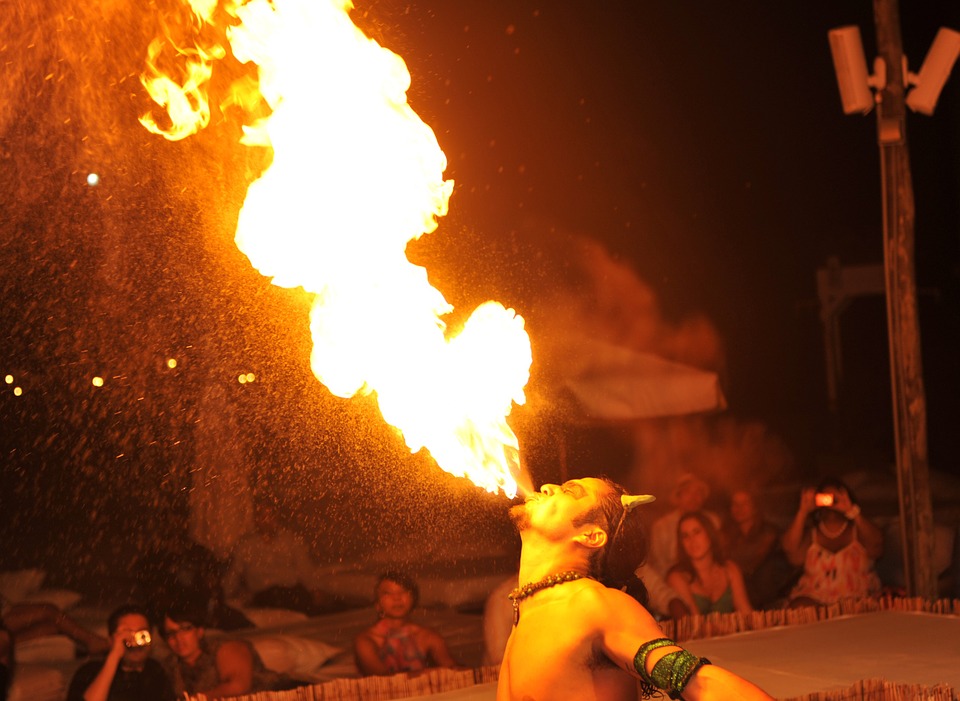 Find Pieces Of Yourself And Others That You Never Knew Existed

Who are you are at Burning Man may be a wholly unrecognizable persona from who you are anyplace else at any time. The cumulative atmosphere evokes spirits of not only imagination but generosity and fellowship few other environments rival. The more deeply you know yourself, the more intimately acquainted you inevitably become with the traits, talents and personality at your disposal to grow a fledgling startup into the next disruptive innovator to shift the way the world turns for the better. Not only that, a single sojourn to this one-of-a-kind gathering in the middle of Nevada’s most barren ‘nowhere’ is guaranteed to rub your elbows with thousands of others unearthing hitherto unknown sides of themselves. Who knows what notions might catch fire between you?

To steal an axiom from some other fairly impressive place you might or might not have heard of, if you can ‘make it’ at Burning Man, you can make it anywhere.