How To Add Humor To Your Keynote Speaking Engagement 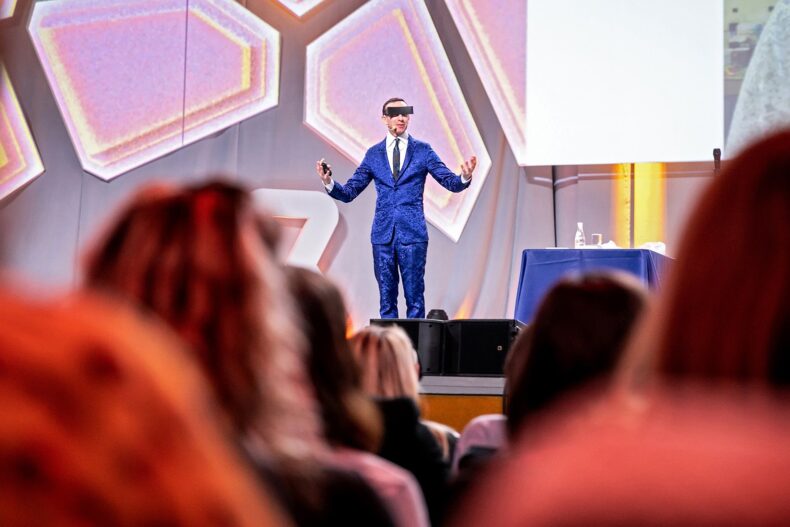 How To Add Humor To Your Keynote Speaking Engagement

Add Humor by booking a Humorous Speaker: You’ve made it abundantly clear to both your audience and the organizers who engaged you to speak at their event just how vigorously you are driven by your visibly passionate commitment to the core subject of your talk. Congratulations, you unequivocally love what you do and take great satisfaction in imbuing others with your enthusiasm.

Now, do yourself and everyone around you a favor: lighten up.

Objections about your reputation possibly being biased more toward valuable information flavored with gravitas ring loud and clear. “I’m paid to educate”, a few hard-working professional public speakers might insist. “I don’t show up to work in order to make people ‘happy…’. If you want to laugh, pay a cover charge for the Friday night at your local Comedy Club.”

All of the above assertions may or may not bear varying concentrations of truth. With that acknowledged, consider another perspective.

First, imagine driving your car down a winding road. You concentrate with a laser-like focus on the length and curvature of every bend. Now, imagine navigating such a precarious, intricate path with a white-knuckle grip on the steering wheel. For one thing, every slightly miscalculated flinch of your arm would jerk your vehicle far more stiffly hither and yon along your lane than if you relaxed your fingers even slightly. More importantly, how long do you suppose you could even maintain such a taut hold? Eventually, you would likely lose your grasp entirely and your control over the vehicle would fade dangerously as your fingers tired.

Your demeanor before an audience is no different. The more seriously you attempt to force your talk’s attendees to take your material, the more quickly you will exhaust them with boredom and constant intensity. Let a touch of humor into your lectures, and you can expect to hold them in the palm of your hand as long as you could possibly need.

Read The Room – Preferably, Before Entering

Know your audience, but don’t wait until the occasion of your talk to make their acquaintance. Some sources of levity will play across a number of crowds to a similarly warm reception. The more topical your references, the more carefully you owe it to the feel of your talk to think carefully about who you expect to address. Self-effacing jokes about your own online social missteps stemming from certain degrees of technological obliviousness will probably give a house packed with gadget-enthusiast millennials pause to wonder who the hell you are and how many retweets, Facebook likes, and Meow-Meow Beans they could draw by snarking on your Luddite schtick from one corner of the internet to the next. Ah, but recycle the same bit at a luncheon full of baby boomers? Gangbusters.

Get a feel for the demographic and artfully tailor your material to their soft spots, but take this universal caution to heart no matter the crowd: ditch very ‘edgy’ humor. If your off-color story or remark offends even a few attendees, you will have sharply drawn attention away from the impressions and information you had worked so hard to leave fresh in most minds. It often takes just one racist, sexist, ethnic, vulgar or otherwise wholly inappropriate remark to vaporize credibility. Even overboard sarcasm or insult comedy has no place anywhere except on a stand-up stage.

Never, ever be ‘that guy (or gal) who loses everyone’s attention by visibly trying far too hard.

There is no overstating the degree to which success in public speaking hinges on rapport. Social research has proven, time and again, that strangers in a tightly knit community’s midst often unwittingly breed unease. When you take the stage, your audience may know little more about you than what hype for your talk and, say, a blurb in a program has told them. That isn’t entirely true: they also know they’re expected to take something important you supposedly have to say seriously.

Think about it. Why should they? You aren’t one of ‘them’ – at least, as far as they know. Pepper your rhetoric with relatable real-life stories and anecdotes, but never force anything. Work your wit naturally, but always try to gently ease back to what you have set out to teach or inspire through your words. Let them know this is indeed all coming from one of ‘them’, like a helpful Happy Hour word of advice over beverages and some half-price appetizers.

It’s time to drug your audience. No, seriously.

Once more, science tells it like it is: our brains are naturally addicted to the dopamine waves unleashed by a funny story. The more relatable the yarn, the better. As a matter of fact, there is a foolproof, five-step flow that never fails to get an interpolated anecdote over smoothly:

Start from a narrow place.

Relate an amusing experience that, given what you know about your audience, strikes you and everyone else as a fairly universal happening. Most importantly lead with a unifying theme, such as, ‘Parenthood is never quite what you expected growing up, is it?’ or ‘You never appreciate the value of being on time until you run just a little bit too late.

As long as you can, string the audience along. Stay on the beaten path and keep everyone almost entirely certain they know just where you’re going with this, but suspicious that there’s a twist lurking around the corner.

Lay down the punchline.

Pay off their interest with the unexpected. Serve as their reminder that it takes one blink of an eye for the mundane to transform into “I couldn’t make this up if I tried. You had to be there.” Do you want your medicine to go down? Be the spoonful of sugar.

Don’t drag out your bit so long that the audience ceases to care where your story goes, just as long as it finally ends. Set up with an engaging opening statement. Tell a story with a well-timed punchline. Follow up with one or two stinging extra laugh lines to let everything down smoothly and get back on track.

If you want to make a joke even funnier, keep telling it. Ask any accomplished comedian to name the single indispensable secret ingredient of perfect humor. Virtually every single one will tell you it comes from an ongoing beta process of writing material, working it out in front of an audience, rewriting it, and beginning the loop anew. Tell your jokes, record them, review the rehearsal yourself and ask for second or third opinions.

Always Be A Student

At heart, do you know what any standup comedian is, no matter the tier of success? An obsessive public speaker. More importantly, every single comic who has ever amounted to anything was inspired to perform by fanatically watching someone else. Before Key and Peele, there was Dave Chappelle. Chris Rock came before him. Their way was paved by Eddie Murphy, who was unmistakably influenced by Redd Foxx and Richard Pryor. While there is a strict taboo against directly lifting another comedian’s material, comics watch other comics and never stop learning.

A better description: each inherits small, definitive threads of charisma, presentation, and timing that have been passed down from one generation to the next. Each individual picks up on something to emulate, but the best mold those elements anew into signatures all their own. Watch how comedians and other fellow speakers feel out their audiences. If you have a famously dry wit, check out comedians from the U.K., such as Eddie Izzard or Craig Ferguson. Favor an observational sense of humor drawn from ‘the little things?’ Take in everything you can find from Jerry Seinfeld. Watch, listen, laugh and learn.

Don’t waste any more time wondering, ‘What if nobody ever finds me that interesting?’ Start looking at what they’re doing that you aren’t and start toying with your own presentation. Find your own way to set your message apart through humor, and your audience may have so much fun, that they don’t realize until far after you’ve left the stage how much they’ve been given to ponder with open minds and aching sides.