Why Some People Don’t Succeed In Life? 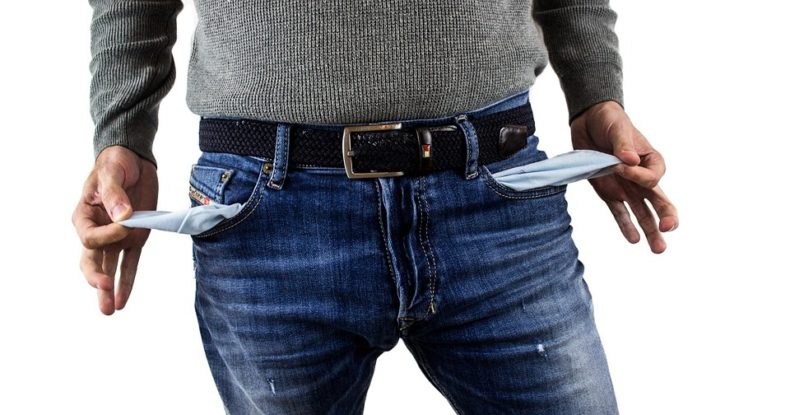 Why Some People Don’t Succeed In Life?

Why Some People Don’t Succeed In Life? Anyone can succeed at nearly anything. Someone with no remarkable stock of innate aptitude, intelligence or prodigal talent could one day rise to shift the Earth on its axis as plausibly as an individual with every natural advantageous adaptation for exceptional achievement who amounts to an unremarkable, forgettable existence. We know this to be true, precisely because the length and breadth of all human endeavor has proven it time and again.

Success is no lottery of capricious, chaotic luck. Concurrently, failure is not the manifestation of some sadistic, omnipotent overlord who revels in human disappointment and suffering. The former is no more final than the latter is fatal. Rather, the courage and conviction to soldier forth with the same determination runs deeply beneath every X-factor that distinguishes those with the will to find a way from those without who find an excuse.

If everyone can succeed, why do so many seemingly promising individuals succumb repeatedly to failure?

They Refuse To Embrace Change

Nothing stands still. As time marches ever-onward, everything standing in its path either resolves to match its pace or finds itself trampled underfoot and left behind. There is only progression or decrepitude. However, change catalyzes growth. What have you done today to acknowledge and shore up gaps in your arsenal of skills and knowledge?

They Excel Only At Justifying Their Shortcomings

Nothing calls upon less personal creativity than excusing failure or refusing to even muster an effort. Yet, per an ancient Chinese proverb, ‘The master has failed more times than a beginner has tried’. For some, resignation to fear of failure eventually defines their comfort zones to such an extent that they will accept any rationale for steering clear of pursuing anything demanding a deeply personal investment. For them, be it fear of an uncertain outcome or the oppressive weight of past losses, success if terrifying.

They Won’t Hesitate To Procrastinate

Right this instant, make an inventory of every task you have continually put off completing. All of it, from returning library books to mending fences with that friend with whom you had a falling-out 20 years ago or going back to school for an advanced degree and exploring more rewarding career options that might accompany it. If you knew you had one year left to live, how much unfinished business would you regret on your deathbed? This isn’t ‘Super Mario Bros’. You have one life to live, and the bravery to pursue your desires as though today is all you have merits far greater personal pride than the smug satisfaction unapologetic procrastinators derive from keeping up with yesterday.

They Never Value Their Own Time

Time is a funny thing. Every man, woman and child receives the same finite, nonrenewable 24-hour allocation to do with what they will. Here’s the only catch: once it’s gone, it is forever lost.

Stop saying you don’t ‘have’ time to invest in success. You have absolutely no more or less than anybody else. Rather, your progression toward one goal or another hinges on how you audit and assess the dividends you reap from your current appropriation of each hour. If your pangs of wanting for something strike a deep enough chord, your evaluation will tell you to sacrifice the time-swamps where entire days go to die every year. Once you can bring yourself to brutal honesty about your priorities, learn to say ‘no’ to unproductive demands on your day and be mindful of your actions’ accompanying consequences, sit back and stare in wonder at the time you’ve always had but only recently ‘found’.

They Flee From Adversity

There’s an axiom about acceptable risk that travels well among seasoned veteran poker players: you can’t lose what you don’t put in the pot, but you won’t win very much, either. If you never knowingly march into a situation in which you know success is only one of several possible outcomes, you unwittingly cap your growth potential. The more significant the challenges you overcome, the longer the strides you complete toward your goals. Along the way, adversity introduces a man to himself. You will never know what manner of fire-forged, resilient human being you might become if you cannot plant your heels in the dust and face your fears.

They Define Themselves By Their Limitations

If you find peace and security in never aiming high enough to risk missing your mark, that’s fine. Your standards are your own. Meanwhile, you should also come to grips with the limitations you have imposed upon yourself and think a long while on what those boundaries say about you. Be honest, just exactly who or what informed your reality that you ‘cannot’ achieve something? Do you really ‘hate’ math, or have you unassumingly encoded ‘hatred’ as a convenient excuse not to go out of your way to better yourself at something? When and why did you submit to your notions of what you can accomplish or how far resourcefulness, desire and commitment can take you?

You ‘can’t’ be or do something? Says who, exactly?

Before you acquiesce to a lesser life you feel you ‘deserve’, take stock of what you have put forth to reach your current station. If you gave up and chose to coast when you decided your job was barely more satisfying than panhandling, then the mediocre output you generate will ultimately justify your never deserving better. Successful people step up to the plate and actively seek out a better set of circumstances by never compromising their standards for excellence. Conversely, you can talk as big a game as you like about wanting and feeling entitled to vastly greater rewards than life has bestowed upon you, but without some force of will to put one foot in front of the other, the dreams you ponder amount to an empty pile of heap after a time. You’ve dreamed the dream. Next comes the doing.

They Don’t Line Up Their Actions With Their Goals

If you one day get in your car with plans to leave Kansas City for a road trip to Los Angeles and instead drive toward St. Louis on an empty gas tank, you have nobody to blame but yourself if your car dies blocks from your home and farther from L.A. than where you began. The mere act of driving did nothing to bring you any closer to your objective. Setting a goal and refusing to orient your hierarchy of values toward motivations, discipline and decisions tailored to it inherently assigns that goal a low personal priority. Merely being consummately busy creates an exterior illusion of dedication, but if you haven’t chosen your actions deliberately with a greater strategy in mind, you may end up spinning your wheels in a disastrously opposite direction and never realize it until you burn your engine out on the wrong side of town.

Not always, but sometimes, unsuccessful people are simply OK with being unsuccessful. At the very least, they have yet to become so fired-up about their lack of forward momentum as to commit to bold decisions, offer strong opinions about anything or contribute to informed, intelligent conversations with minds open to what they may not already know. Nothing withers ambition to a state of complacent boredom quite like contentment in absence of curiosity. Even if your passion doesn’t pad your pockets, find something that awakens some strong feeling and don’t waste another second testing just how far that rabbit hole of passion in your belly goes.

They Refuse To Believe In Themselves

If you have no faith in what you do, why should anybody else? Whether you dig ditches or design nuclear reactors, there is no foundation for success for success so sturdy as being wholly convinced that you will succeed because there is nobody better than you at what you do. When that conviction runs through every fiber of your body and being, you won’t let anybody or anything hold you back from whatever you have to accomplish in the name of propelling yourself forward. If you don’t feel that tenacity anywhere inside you, then you either need to re-evaluate the nature and volume of your motivation or possibly decide whether you even chose the right goal from the outset.

The definitive natures of success and failure sometimes demand cold doses of reality. Nevertheless, hope always abounds: in the end, you make your own ‘luck’,one decision at a time. Start with just one small choice instinctively reached with your goals foremost in mind. Remember that feeling when your gut steers you into a clearly sound course. When your emotional guidance system tightens up at a suggested course of action, never discount that warning. That’s your conscience begging you to at least think twice before steering yourself toward one failure that can quickly evolve a habit.

Most importantly, never look an unwanted or unplanned outcome as an outright setback. Instead, congratulate yourself. You have just effectively narrowed your field of possible ‘correct’ answers to a question.