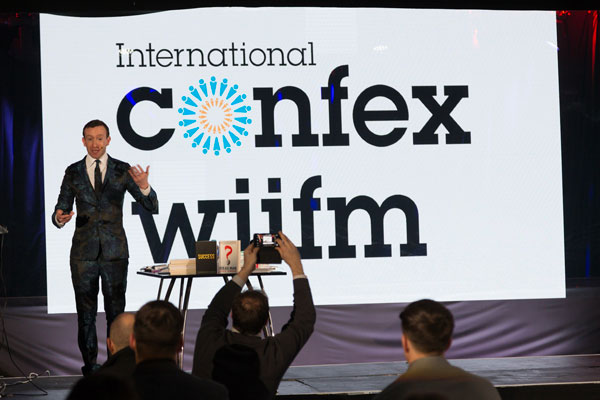 Recently, I was thrilled to be invited to speak at the conferences for people who put on conferences (!) – CONFEX, held at London’s Olympia. Speech in London

Given I’ve been a professional Motivational Speaker for over ten years. I was hugely excited to talk to the geniuses who put on events around the world, some of which I get to present at!

When I arrived, I saw that the stage was set up with a holographic screen. And which was totally stunning – it used the same technique as the old vaudeville trick, ‘Dr Pepper’s Ghost’.

I also noticed that becasue of the snow that day. Not that many people were in the audience for the previous session. Speech in London

I wanted as many people as possible to watch my speech, so I added a post-it note to the sign displaying all the sessions. That way, I’d make sure I didn’t damage the sign or make any permanent changes to it. Here’s what it looked like, below. I never knew what an impact it would have…

After my speech, a big-wig from a huge events company came up to me and we swapped business cards. He said he was interested in booking me – exciting! The next day he emailed me and told me this:

“Awesome presentation and randomly attended by myself too. I saw the green post it note on the board and as an event organiser wondered what it said (why the session had been cancelled)…”.

Therefore, if I hadn’t have placed the post-it on the list of sessions, that amazing guy would never have even take a look at the title of my talk, seen that it wasn’t cancelled and then bothered to watch me speak.

Thanks little square of sticky paper! 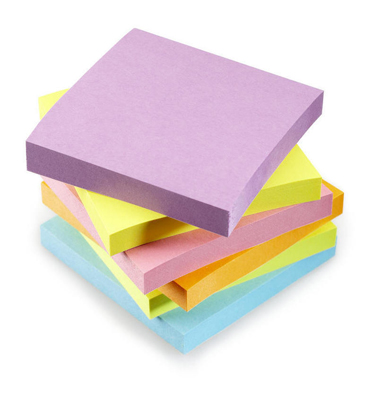